When travelling to Vietnam, you can look forward to the rich and diversified Vietnamese cuisine since Vietnam is a country that has over 500 national dishes. Vietnamese food is healthy, inexpensive and high in quality. Oh, and recipes differ very often depending on the family that owns the restaurant.

In Vietnam, people say that the size of a restaurant’s chairs is proportional to the prices of the dishes that the restaurant offers. If the chairs are small, the costs of the meals are low. Most of the street food you will purchase will cost around $1 and will taste as good as a high-end restaurant.

Rice is the base of almost all Vietnamese dishes and is typical for Vietnamese culture. The “nuoc mam” fish sauce is a condiment that adds flavor to many Vietnamese dishes. What is in it? Anchovies fermented in salt and water. Try it on Phu Quoc island in the South where it is a trademark condiment.

A good thing: all the food you find is very healthy and low in calories, so feel free to take a couple of different dishes when you eat out in Vietnam and wash it down with a local beer or rice wine. 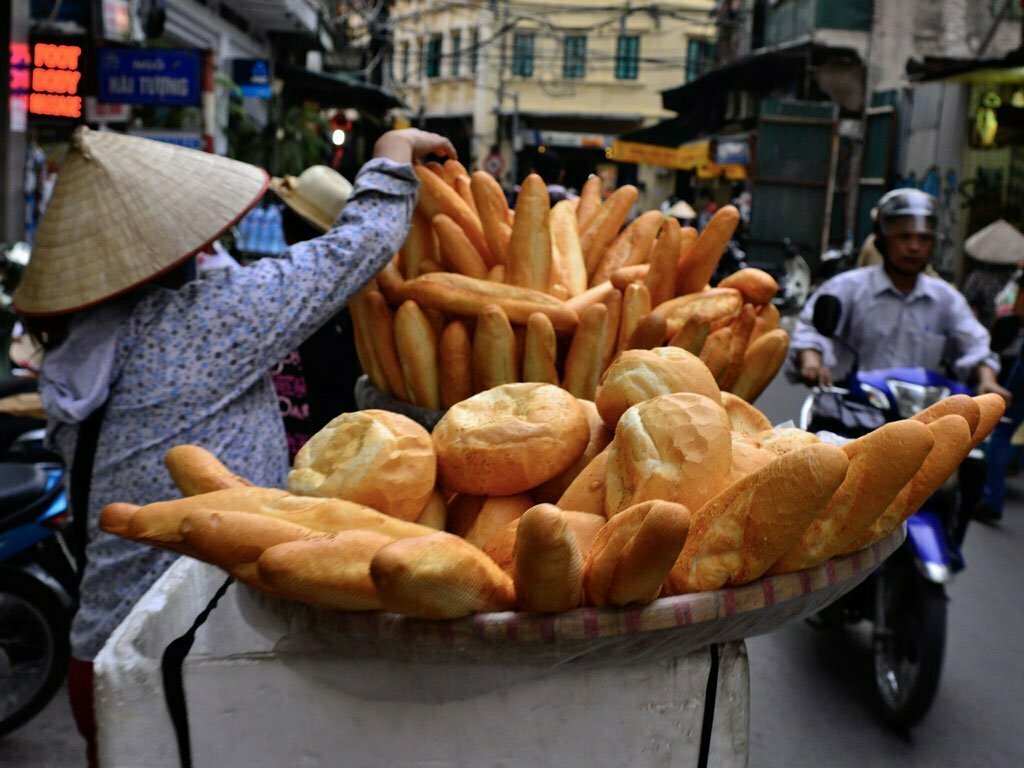 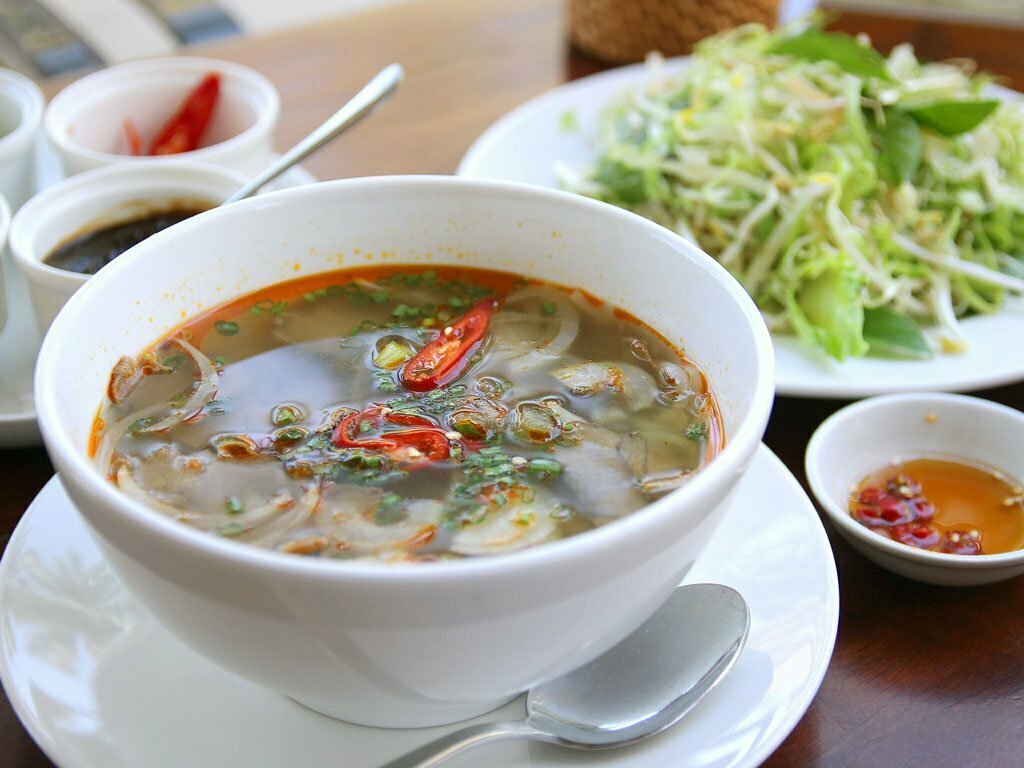 Eating your way through Vietnam

In the Northern region

The food is saltier than in other regions. The most famous soup is pho, which comes in all shapes and sizes and consists of broth, rice noodles, and your choice of added ingredients: finely cut chicken or beef. Bun cha, another favorite soup, consists of vermicelli rice noodles, barbequed pork, and a broth served as a mixture of vinegar, chili, and sugar. Even Barack Obama ate it during his visit! Veggies in the north are eaten fried, blanched, steamed, or crisp. We are sure you´ll find your favorite dish.

In the Central region

The food has been influenced by the former Nguyen Dynasty from Hue, so the Vietnamese cuisine in this part is sweet, sour, and spicier. Bun bo Hue is a popular dish from this region consisting of rice vermicelli noodles and vegetables served dry or with beef soup. Banh khoai-an omelet with bean sprouts, banh bo-steamed rice flour cake with ground shrimp, and nem lui-roll them yourself spring roll kebabs with peanut sauce are other favorites.

In the Southern region

Food is much sweeter as they use coconut milk and herbs: mint, basil, and coriander. Throughout Vietnam, a popular choice when dining with a group of friends is known as Lau, or Vietnamese hot pot where a pot on a frame is in the middle of the table and a gas flame warms broth from underneath. Participants then cook, at their leisure, just about anything that takes their fancy, or is available that night. Great way to socialise! Spring rolls or “nem” are also extremely popular throughout Vietnam, both fresh and fried. Nem is rice paper with minced pork, mushroom, crab, onion, vermicelli, and egg filling. Vegetarian variety “nem rau” is also available. As a Buddhist country, you can find many vegetarian meals throughout these diverse regions too.

What places to visit from the North to the South?

Vietnam is famous for the astounding array of tropical fruits available.

Most are best devoured when fresh and in season!

Come see and taste Vietnamese cuisine for yourself. 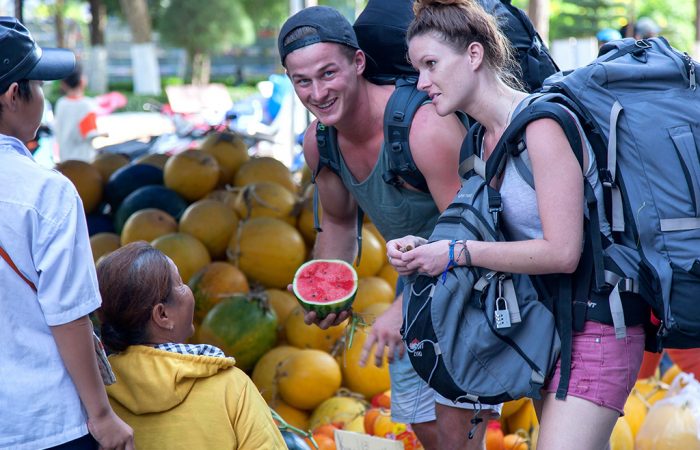 Want to satisfy your hunger and thirst?

Discover the best places to visit in Vietnam.